What Yoga is for me and what it is not? Capasso Valeria Yoga in Italy

Capasso Valeria Yoga in Italy and Germany: We can call many things we do Yoga, without knowing that they are small steps towards a Yogi world. How we keep fit by exercising regularly or trying to follow a healthy and balanced diet.

Taking care of ourselves at the same time we are also taking care of nature and the entire system around us. Thus, starting to consume less meat, fish, vegetables or ‘junk food’ and by giving a certain weight to all the daily actions that take place (which you didn’t even noticed before) automatically, unconsciously and in an undirected and natural way, it begins to open up and develop in us a consciousness, that can slowly lead to a change in your vision of this world or even even turn it upside down, until a new world opens up for you to explore and get to know.

You feel the call of this new world, which fascinates you, like a magnet. You feel attracted and you can’t pretend any longer. You want to know more and more. It is the cue to truth…

That truth that you have felt already inside, but you couldn’t explain, hidden in your unconscious, that slowly re-emerges together with a mixture of emotions. Emotions that go to appease and calm that restlessness of yours, due to your constant search for something, in every corner of the world, in some addiction, food or in anything else, but that something was ultimately within you! Yoga in Italy Yoga in Germany.

When we decide to take a bus or go to work on foot, instead of by car, it activates in us a little conscience that makes us reflect, we begin to feel the need to know all benefits that our body, mind and spirit could get even from a simple walk. By avoiding the car we are taking care not only of ourselves, but also of nature, of our Mother Earth. Yoga in Italy.

Through these small steps towards yoga, we can get to know the most hidden sides of our deepest inner ‘self’. Although yoga itself would be such a broad discourse, rich in nuances, ranging from philosophy, to metaphysics, to science, to quantum physics, all topics that then bind and connect to each other following a single logical thread. Even to religion, and I am not talking about that aggressive, imposing, fanatical, and hypocritical religion, but of that religion that loves everyone, without distinction or discrimination, Buddhists, Jews, Christians, Muslims, atheists or others. It is that force that opens its arms and envelops everyone with the warmth of its embraces, that irradiates everyone with its shining light.

It is faith in yourself, in the world, in life, in the universe. It is that Cosmic force that caresses you with its vibrations. It is feeling the true essence of you and your inner “self’. Through that subtle and delicate breath, which we feel during our yoga practice, from which we feel opening up those invisible channels full of light, where we penetrate, we immerse ourselves trying to reach that light, or at least try to touch it. Vale Prabha Yoga.

Yoga is compassion, kindness, altruism, tolerance. It is abandoning that great and eccentric ego that many times prevails over the human being, making one feel superior for reasons of social status, education, culture or whatever. Yoga is going back to the roots, to the origins. It is acting, speaking, thinking and reasoning with humility, without ever discriminating, judging or feeling superior to anyone or anything, rather it is to feel small before this great creation. Vale Prabha Yoga.

I would define yoga as ‘the science of knowing how to be in the world’. The science of truth, of knowing how to look at what we can not see, blinded by this society that runs and runs. Yoga is that halt that makes you slow down, take a breath and continue your run. But a different run from the previous one, more individual, as you are not so influenced by all that surrounds you, and on the other hand subjective, but in a way that makes you look at the path with more objectivity, developing and bringing your senses that were previously dormant, from that state of ‘sleeping consciousness’ to work, and then taking you into those shortcuts where you find those unknown parts of you. Yoga in Italy.

Learning to manage and know your body, your thoughts, your intuition, learn to use and improve your endurance for this run, and at the end of it, you know that you didn’t just run.…

Yoga is that thing that does not impose its presence, but enters gently, on tiptoe feet, to purify those agitated, impatient, susceptible minds. It is that breath of lucidity that allows you to observe things clearly, as they are without deceptions and preambles. Vale Prabha Yoga.

Through this more than 5,000-year-old discipline, we can get to know who we are by traversing our soul, our deepest interiority. Try to nourish it with good thoughts, clear, clean, virtuous feelings and respect even the smallest particle of this universe. Vale Prabha Yoga.

It teaches us gratitude to the smallest things, which perhaps previously so stubborn in our competition in this race escaped our attention, the latter focused only on finishing first on the podium… but that in the end on this podium, the prize would have been quite disappointing. Yoga in Italy.

With this practice of physical, mental and spiritual exercises we can awake and work on those parts of our mind that are atrophied, shape our body, make it strong, healthy, achieve a satisfying psychophysical well-being or even the peace of the gentlest bliss. Vale Prabha Yoga.

Yoga can also be a way to stimulate and awaken your inspiration, your creative side. With a clearer mind and predisposed to various inputs, you become more sensitive to vibrations, but with foundations made of strong and sturdy roots, which bind and hold all our mental spiritual and physical forces united, working together in harmony. It is that energy that awakens in you that innocent, gentle, trusting, creative side, full of stimuli and interests, that was there, hidden in some hidden corner of your immense ‘I’ in the abyss of your soul, that you thought you had lost, that had disappeared during times of problems, worries, discomforts. Vale Prabha Yoga.

Instead, it was there abandoned, waiting for a just small nod to jump out with all its grit to awaken your mind, your intellect and your stimuli from a deep lethargy.

Yoga can be your source of salvation: while outside there is chaos you keep your vibrations and your spirit high. It is that steady light that you glimpse in the chaotic darkness of modern society. It guides you in the direction of peace for all senses and nuances of the parts of your ‘I’. Everything is in harmony and in tune. You can go deep and analyze every part of your body and your thoughts, discovering some places of your inner self you didn’t even know of their existence. Vale Prabha Yoga.

Yoga is feeling grateful as you take a walk by a stream of transparent, crystal-clear water, enjoying the majestic beauty of nature’s perfection. Thankful for being spectators of a beautiful sunset, if we can even admire the elegance of the sun gently hiding behind the sea! Enjoy these spectacles that the Cosmos gives us and appreciate every little aspect of it.

We can consider yoga our fixed point, it is always there whenever we feel the need for it. In this world where everything is transient, ephemeral, in continuous and frenetic evolution, yoga gives us that flexibility not only physical, but mental to keep up with the changes, always maintaining a certain detachment and our own, firm consciousness and our own strong personality. Yoga in Italy.

That mental elasticity that helps us accept all those difficult situations where we find ourselves during this life, such as illness, death, loss, anger, resentment, etc. Helps us to change our view of all these unpleasant situations and seek a different approach to them, to illness or loss and accept its sides, in the deeper, philosophical side…

What is non-yoga to me?

Exactly the opposite of what we have been talking about so far!

It is the lack of awareness of one’s own existence, living this life in a passive and superficial, taking everything for granted, as if everything is owed to you.

See also  How to increase metabolism naturally: Metabolism how to improve by food
Powered by Inline Related Posts

An example of ‘non-yoga’ for me would be sitting on the couch all day eating crisps or similar products, following a wrong diet, wrong examples, and creating idols and principles that take you to the opposite side of yoga. Those that excite your mind, that make you frivolous, dissatisfied, because your search for fulfillment is going in the wrong direction, leading you to those fake fulfillments that then turn out to be ephemeral, transient, fleeting or ‘artificial happiness’ that in the end only leave us with a bitter taste in our mouths.

That emptiness that we had momentarily filled, try to fill it again, again and again, but the source from which we quench our thirst is the same as before, so that you drink, but you never quench your thirst. Apparently, it seems that you are satisfied, that you are no longer thirsty, but the effect is short-lived, so you enter that vicious, exhausting and discouraging cycle of non-yoga. Vale Prabha Yoga.

It is not yoga to live a life of deception, manipulating others for purposes dictated by selfishness and the narcissism of one’s ego, to thirst for wealth, acting with deception and manipulation of others, but especially the greatest deception is the one that you do to yourself and your conscience. Vale Prabha Yoga.

It is not yoga to be unaware of everything around us, to be indifferent to the gaze of a person looking for help, to the earth and many times even to ourselves, to our body and our our soul…

Remaining deaf to the call for help sent from your mind, ignoring it and continuing in that direction or idea of fake serenity that in the end is only an illusion of it or a false copy, a very well imitated fake but still a fake. Vale Prabha Yoga.

I hope that these little reflections of mine on yoga, along with my emotions, thoughts have reached you, who are reading this, in a clear, limpid manner, and that they have penetrated your heart, thus arousing beautiful and happy emotions. Above all, I hope these ideas will make you think and that we may influence those people who are still striving to reach that podium first, and I conclude with the conviction that yoga is the only tool and hope of salvation for this frustrated, disoriented humanity and for this tired, exploited and raped world. Yoga in Italy.

With love and light to all

Read Also What Is Vegan Diet? 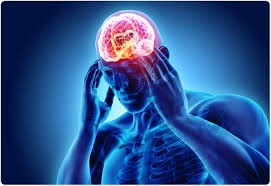